Last year I was invited to join a running group that competes on the CARA circuit. I knew I wasn't going to score any real points for the team with age group wins, but I could still get participation points so I signed up for a bunch of races on the circuit. It helps that I'm also a race addict. The first race on the circuit this year was the Live Grit Lakefront 10 Miler.

As tends to be the case I woke up race morning after going to bed too late the night before. I got myself together and hydrated and ate a Kashi bar before taking the bus towards Montrose Harbor. I made it to the race site without having to run to the start this time. I found Mo at the Ragnar tent and Pete strolled up a few minutes later. We discussed goals and I basically said finish and PR since I've actually run 14 marathons since my last 10 mile race which was Soldier Field in 2014. Wrap your minds around that.

I didn't have a whole lot of time before I got myself together and dropped off my stuff at gear check before heading to the start corrals. I opted for shorts and tshirt on this chilly day with arm warmers and gloves. I'm like a furnace when I run so I knew I wouldn't be cold for long, but it always seems like forever when in the corrals. After an acapella version of the national anthem we were off and running.

I quickly realized that I started myself too far back and that I was running pretty fast at the start. I also felt that maybe I hadn't hydrated as well as I should have before the race. Oops. The first mile ticked off in 7:01. The next few were around the 7:05 range and this included slowing to actually drink water at the aid stations and climbing over Cricket Hill. I had been finally getting over whatever funk had been plaguing me for months at it was starting to show.

As the course wound down and around Diversey Harbor my legs began to become uncooperative and heavy. It's been so long since I've run this fast and for this long. I began to focus on re-gathering myself and trying to optimize my strides. My pace fell off a bit, but I held on to sub-8:00. I also think I mentally caused myself to slow down on the way back to Montrose to conserve energy for the 2nd trip over the hill. This 2nd climb was definitely more of a trudge, but once it was over I gathered myself on the downhill and made a strong push to the finish with a 7:18 mile while hovering around a 6:45 pace for the last 1/4 mile.

I wound up finishing in 1:13:11 for a 7:19 min/mile pace and a new PR by 12 1/2 minutes to boot! I got my medal, gatorade, water, and part of a bagel and wandered over to get my gear and then back to the Ragnar tent. After catching up with people, me and Pete decided to head to the beer garden to celebrate our PRs. We stood near the back rope and had a few people slip us extra tickets which added to our cause. We had more than we can drink so we gave a ticket to a girl that was there and talked to her a bit. After she left Pete gave me a hard time for not getting her number. What can I say? I'm not smooth at all. 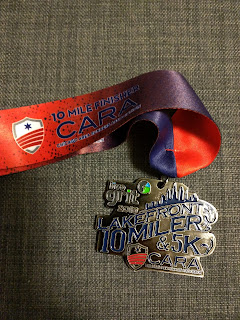 I first signed up to run the Phoenix Marathon last fall after my goal race didn't go as planned. I had visions of redemption on a fast course. Fast forward to recent times and I'm still in doldrums from all the fall racing and a bit out of shape. Well I'm in a rounder shape after a lackluster winter. Once race day got closer it also didn't look like mother nature was going to cooperate either.

I flew out to Phoenix a couple days early given that I've never been there before. The first night was spent meeting an internet stranger and drinking entirely too much good beer at Four Peaks Brewery. Day 2 saw me and my friend meeting up with a former coworker for packet pickup at a bigger than expected expo as well as driving past Wrigley West. After packet pickup We went over to Mill Ave to soak in the college crowd, and a drink, before heading to dinner to carb up. It was then lights out early for an all too early alarm clock on race day.

The alarm went off at 2:30AM so that I could be ready for my friend picking us up at 3:30AM. We drove over to the finish line area to catch the shuttle buses to the start. I hopped on my bus and it took us up one of the smaller mountains in the dark. Once there it was like a camp with port-a-potties, water station, and a bunch of heat lamps and fire pits. It was still a little cool in the dark so I settled in near a fire to relax.

Soon there was the national anthem, complete with fireworks and we were on our way with even more fireworks announcing the start of the race. The first few miles were a pretty steep downhill. I tried to settle in, but really just rode gravity and coasted downhill. Looking at my Garmin information later it's crazy to think that I was running a 7:25 pace with a less than optimal cadence. About 4.5 miles in there begins a mile long steady climb. It was here that my legs felt like molasses and I struggled a bit. This was followed by another steep downhill sequence where I went flying again.

As the race went on the sun rose higher in the sky and started to heat things up. The course started to flatten out again and things became a struggle. With as steep as the downhill sections were, once things were more or less even again it felt more like an uphill fight. I also began struggling with dehydration. I had to start walking a lot more.

The second half of the race was a stark contrast from the first half. What began with a 1:43:45 turned into a 2:35:xx 2nd half. The feels like temperature of 80+ was not nice. As I walked I talked to other runners who were also struggling, even meeting a fellow Chicagoan from Roscoe Village who had runner friends in common. I did manage to pick things up just enough to finish with my 3rd worst marathon time. I managed to spot Lauren as I approached the finish line. After crossing I got my medal and downed a bunch of water and gatorade. My friends found me and we talked while I cooled off a bit. The finish area also featured Famous Daves, french toast, turkey dogs, and the only thing I could eat, fudgesicles. It was a pretty solid set up.

The day after the race was spent going on an "easy" 3 mile hike near Tom's Thumb. Once that was done I wanted nothing more than to spend some time cooling off so I finally went and saw Deadpool which was hilarious. 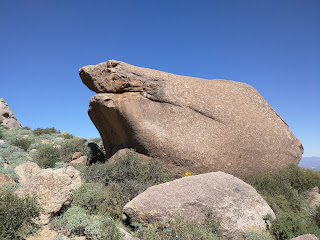 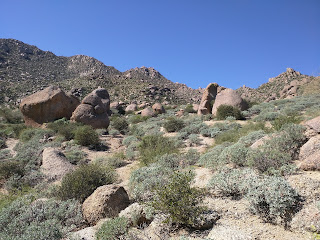 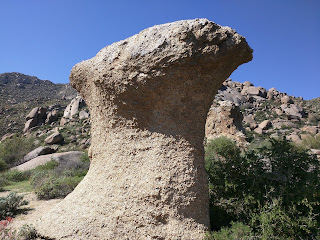 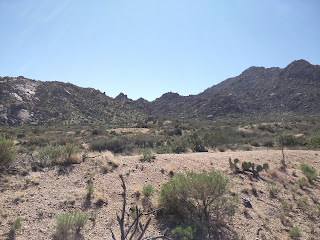 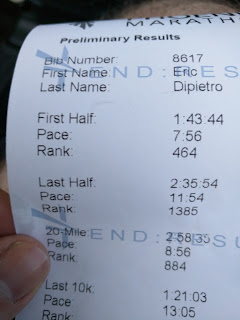 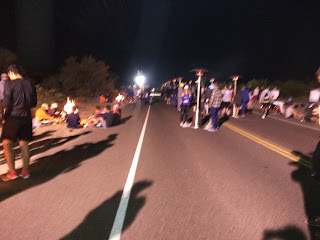 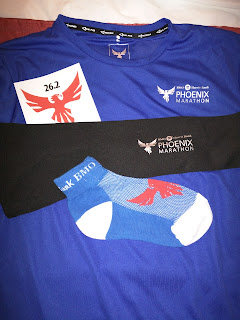